Is Walesbilt Hotel Project On Verge of Success?

According to Michael H. Frost, President of Buena Vista Hospitality Group, Inc. (BVHG), the Walesbilt redevelopment project is “within 90 days of having a firm loan commitment.” Frost spoke to LakeWalesNews.Net shortly after learning that the Lake Wales City Commission would consider approving the initiation of a lawsuit to try to reclaim the property this week.

Frost’s Buena Vista Hospitality Group is the same organization that completed the renovation of the Terrace Hotel in downtown Lakeland over 30 years ago. This similarly sized hotel is now part of the Hilton Tapestry Collection.

The Frost Group has developed or managed dozens of properties not only in Florida, but throughout the world. In 1980, BVHG won the right to develop The Buena Vista Palace Resort & Spa, the first new hotel built on Disney property since it opened. Their track record since that time is impressive. They have offices in England, Italy and Brazil as well as the United States, and have been signed to undertake the Walesbilt project since 2019.

“If it wasn’t for Covid, we would probably be on the right track in construction,” Frost said, citing the lender’s reluctance after the pandemic hit the hotel industry in particular.

“We are helping with the financial side,” Frost said in a lengthy phone conversation. He added, “There is not a lot of direct financing, but the confidence that our 40-plus years of experience give the lender. This project will not take the lid off the ball financially,” “but it must make money.” Frost said BVHG acts as a representative for the owners during construction, including handling furniture, fixtures and equipment “and whatever is needed to build and fit out” a hotel.

The 1926 Wells Bilt has long been a symbol of downtown Lake Wales. The city’s Community Redevelopment Agency is preparing to pump millions into rehabilitating streets, sidewalks and landscaping, including on both sides of the hotel. Long-term plans also include a parking garage, a project that could also benefit the hotel.

The city’s frustration with Brown’s long ownership of the building is evident in discussions between commissioners, and many citizens feel the same, wishing to see the project move forward. Market conditions are to blame, says Frost, but that is changing.

“The market is seeing a renewed appetite from lenders,” he said, primarily from non-traditional private lenders rather than from banks. A confidential letter from this lender seen by LakeWalesNews.Net indicated that they expect to close the hotel’s financing “in early 2022,” a schedule consistent with Frost’s expectations.

Frost said Preferred Hotels & Resorts included them in the Walesbilt deal. Preferred is a global marketing association representing upscale hotels. It’s been in business for over 50 years and boasts over $1 billion in bookings annually.

Representing the pending conclusion of the long search for capital to complete the project may influence the discussion at Tuesday’s city committee meeting. Mayor Eugene Fultz also spoke to LakeWalesNews.Net over the weekend and explained that if Brown “doesn’t want to go to court, he has to come forward and show he’s got funding and support from his affiliates. We want to see the dollar amounts and the scope and timeline for what they’re proposing.” “.

Brown complained that a meeting in November to present such information was canceled by the city at short notice. City Manager James Slatton blamed the cancellation on a row between city attorney Kevin Ashley and Brown’s legal representatives over a nondisclosure agreement written by Brown’s attorney that failed to cover the city employees involved.

The redevelopment of the hotel has long been on the wish list of a series of city leaders, but the project has been without significant funding for ten years. It is hoped that the renovated hotel will be the centerpiece of the main street project being implemented by the Lake Wales Community Redevelopment Agency.

Frost confirmed that Wells Bilt could be part of the process. “We signed the agreement to help them through the development process and get them up and running once completed,” he said. 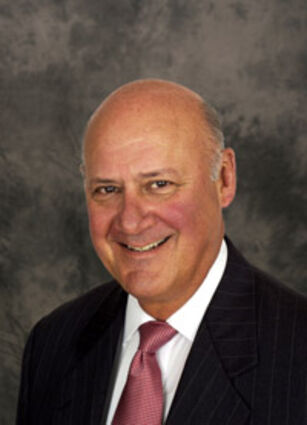 Michael H. Frost, president of Buena Vista Hospitality Group, Inc. , on being patient about rehabilitating the Walesbilt Hotel, saying that success is finally within reach. Buena Vista assists and will manage the construction and operation of the completed hotel. The city committee will discuss the matter on Tuesday.

BVHG’s current projects include operations such as the Marriott Autograph Collection Hollywood Park in California, and Cortona Golf and Spa Resort in Cortona, Italy, where they will provide services to complete the construction, opening and operation of 72 luxury golf and spa units. This project includes the Gary Player Signature Golf Course which has been completed with 9 holes, with the remaining 9 holes to be built.

“Our job is to develop and operate the hospitality business, we have received existing projects (as in the Cortona project) but our main business is to work through the development process,” Frost said.

Frost acknowledged that filing a lawsuit from the city at this point in the process would be a serious setback and complicate the financing process.

“If they tossed Brown in the dishwasher when he was so close, what would it be two or three years down the road?” asked Frost. He added: “Ray (Brown) has a great architect (Rick Gonzalez, Historic Preservation Expert). He thinks beyond finances, and really enjoys the preservation aspect. That would be a gold star for Lake Wales.”