With the tourist season in the highlands over, some hotels are closing early due to staff shortages. Workers say that if the effects of Brexit are not mitigated by seasonal visas, next summer could be worse.

The Brexit drain on hospitality workers is particularly affecting large hotels in remote locations where seasonal workers live on site and get room and board as part of their package. At the 72-room Gairloch Hotel, host Mihael Melnic said: “This has been a very challenging season.

We were very busy – but we had four cooks instead of six, and five housekeepers instead of seven. She was busy. Prices were a little lower than usual at times, but we were full. But we had to adjust what we could offer because we couldn’t get the staff – eg we haven’t done any lunches this season, even though we usually do a lot of lunches for coaches’ parties.

“We’re still open for a few more weeks, but the other three hotels in town including the Old Inn and Gairloch Highland Lodge closed early due to a staff shortage.” Old Inn manager Kirk Williams told the Sunday National about the “nightmare” of hiring staff early in the season.

Melinick said the hotel will likely face even more difficulty next season unless the UK government introduces seasonal visas for hospitality workers. The package for hotel workers, like many people in Highlands, includes room and dining in the adjacent staff building.

Before Brexit, we could have attracted young people from Europe who wanted to spend the summer in the highlands. But now we’re mainly dependent on the pool of people in a stable situation – and that pool is dwindling because not all of those people are coming back to the UK and the new guys can’t come.”

Melinick said the hotel has also struggled this season because deliveries are constantly delayed and some items are missing. “We are at the end of the supply chain. Almost every delivery didn’t have the things we were expecting – we can replace but replacements are generally very expensive.”

He said the increased cost and lower revenue this season will translate into higher prices next year. Wages must also go up – which will also affect prices. 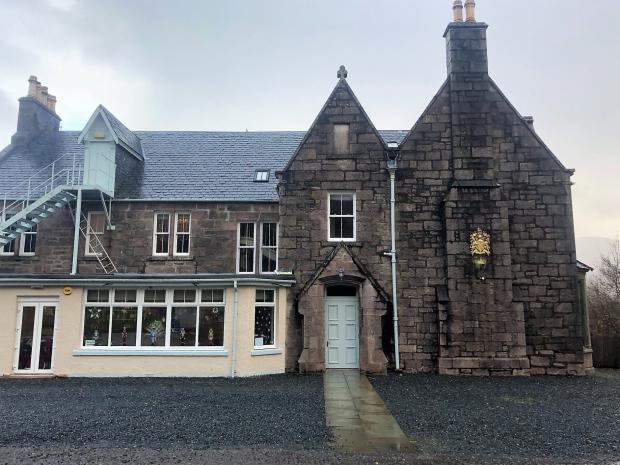 At the Sands Caravan and Campsite, which closes for the season tomorrow, Greenock’s Jay McGowan was getting ready to head home to rest after a busy few months. “At the beginning of the season, I applied for 15 jobs. Ten of them came back straight away asking me when I could start. I chose this place because the accomodation is nice, you get a studio apartment with a kitchen area and it doesn’t cost you much.

They also pay more than minimum wage. Jay also enjoyed being able to have his nephews stay in his apartment on the beachfront location for a few days of summer vacation.

After a combination of Covid and worker shortages, dozens of Highland hotels have been put on the market. The 46-bedroom Garve Hotel in the famous North Coast 500 is now deserted, its tables still set for dinner—it’s been on the market for more than a year, as is the Mackay Hotel in Strathpeffer.

The Loch Maree, outside of which there is a memorial stone, commemorating Queen Victoria’s stay there in 1877, is also on the market for several months. Other hotels in the Highlands are currently looking for buyers—some of which are still in circulation—include 45 unspecified inn locations worth 3.5 million, Kinkrig Castle, Blocton Inn, Duchart Inn Falls in Killeen, and many more.

At Old Mill Highland Lodge, Pauline Byrne said: “My husband and I run this hotel ourselves. We’re going to sell up next year because we’re ready to retire. But we know a lot of hotels in the area have had a hard time trying to get workers this season. OK because we’re running this on a bed and breakfast model – but I don’t know how the big hotels are going to run next season.”